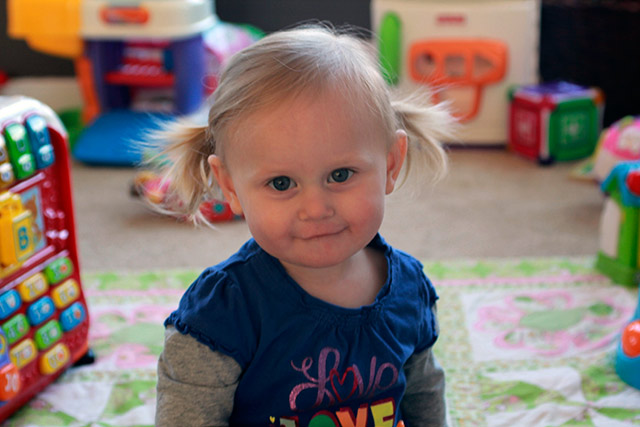 My husband and I were elated when we found out we were expecting our first child. We had wanted children for as long as I could remember. I had so many thoughts and visions about how it might go, what it might be like. I was ill prepared for the ride ahead. At 18 weeks we went for the anatomy screen ultrasound assuming all was well I couldn’t wait to find out if we were going to have a boy or a girl! That was when we found out that something might be “wrong”. So they told us to come back in 2 weeks and they would look at the brain again- this time they thought they saw ventriculomegally (larger than normal spaces in the brain) and a missing corpus callosum (the bridge that connects the two sides of the brain allowing for communication between both sides). We were presented with the option of termination or and MRI for further diagnostics. So we chose the amnio, and MRI. The MRI confirmed that there was complete agenesis (totally missing) of the corpus callosum (CACC). So with a bit of aphrehension and a touch of fear we prayed, relied on God and continued our pregnancy. At 34 weeks, we got another MRI and it showed CACC, and that the right frontal lobe didn’t form correctly.  Caroline was born on 07/06/11 and was the most beautiful child I had ever seen. The NICU docs, respiratory therapists and pediatricians were all there at her birth, since no one knew what to expect. When they all left and handed her to me. It was if the world stood still- We were the only 3 people in the universe. It was a perfect moment, one I will never forget. Things were going great, she was meeting milestones, gaining weight and seemed to be doing all the usual baby things.

Things change yet again. This was the day that Caroline started having infantile spasms (a newborn seizure type), practically out of nowhere. So, I called her nerulogist (I had one set up just in case) and we rushed to Hopkins for an EEG. During her EEG she had mulitple spasms for >20min and stopped breathing for a short time. We were admitted to the infant toddler unit where we spent the night. There she got an optho exam and together with the EEG and CACC she was diagnosed with Aicardi Syndrome on Oct 7th. Again the whole world stood still- it was as if my heart had stopped and I was standing outside of my self looking at an empty shell of a woman. As the neurologists had suggested Caroline was started on Zantac and high dose steroids in an attempt to control her infantile spasms.

This was the morning Caroline woke up vomiting blood. I knew immediatly that this was all bad. So we went to the ER as instructed by neurologist and pediatrician. There she continued with the GI bleed and had such bad electrolyte imbalances was sent to the PICU. There we spent 4 days and 3 nights attempting to normalize her sodium and bleeding. She was rapidly weaned off of the steroids and started on Topamax. Unfortunatly the topamax wasn’t enough and so we added valproic acid. Despite our best efforts that combo didn’t work either. New medications were started, one that carried a 50% risk of irreversible blindness. The world stood still again.  When would we get a break? When could we just wake up?

Since that time Caroline has had multiple medication changes, several hospital admissions and was on the ketogenic diet in addition to multiple seizure medications all in an attempt to control her seizures. She is now 2 1/2yrs old and is able to sit, scoot and babble.  She has far surpassed our greatest expectations.  She is a bubbly giggly little girl. Aicardi Syndromre has changed her life and ours. It has become our mission to improve other families lives who also endure the challenges and obstacles that having a child with epilepsy brings.

Aicardi Syndrome is a rare syndrome that cannot be detected prenatally. It is a scientific mystery as to how it occurs. What they do know is that it is a random spontaneous genetic mutation, what is unknown is what causes it.  The only clue that a girl could have Aicardi Syndrome in utero is the missing corpus callosum but this does not within itself create the diagnosis. The diagnosis is made when CACC exists with eye abnormalities (chorioretinal lacunae) and seizures starting at or before 3 months of age. The hallmark feature of Aicardi Syndrome is intractable epilepsy.  However, all of the girls also have skeletal abnormalities, visual abnormalities and often times blindness. The average life expectancy for a girl with Aicardi Syndrome is estimated between 8-18yrs. Each child requires PT, OT, Speech therapy and experiences many hospitalizations in their lifetime. Many girls cannot walk, talk and are completely reliant on their parents and caregivers for activities of daily life. Each girl however, can bring a smile to your face and warmth to your heart.